Yogyakarta (which is often spelled and called in different ways such as Jogjakarta, Yogya, or Jogja for short) is Indonesia in miniature. When visitors come to inhale the air of Yogyakarta, they feel like they have lived. Yogyakarta has been best described as a Never Ending Asia, Java’s cultural heart, the soul city of Java, or planted in the fertile heartland of Central Java, (it is) the cradle of great Javanese empires… the capital of ancient kingdoms, medieval empires and modern revolution and an engaging melange of style and moods.

Stasiun Tugu
The main railway station with its colonial style located north of Kepatihan , south of Tugu. It is a very convenient station with regular connections to Jakarta, Solo, Semarang, Surabaya and other cities in Java.

Tugu
A monument stands in the crossroad of Jl. Malioboro and Jl. Sudirman. It has a symbolic meaning for the meditation and it is one of the magical line of Yogya, consisting of (south to north); the South Sea, the Karaton Yogyakarta, Tugu and Mount Merapi.

The Yogyakarta Special Region lies approximately 7 South of the equator line and is bathed in tropical; sunshine along the year. Having a tropic climate the daily atmosphere feels a little bit hot and humid. These are only two seasons along the year, the wet or rainy seasons and dry monsoon. Usually the wet seasons begin at September and lasts about August.

Generally there is no rainfalls from may to August and there fore the atmosphere feels hot and humid on the day and cool in the night and early morning. The monthly rain falling Yogyakarta varies between 3mm and 496mm in which those above 300mm take place during the month of January up to April. The heaviest rainfall usually occurs in February while the lowest commonly happens between May and October Average annually rainfall is about 1,900mm. 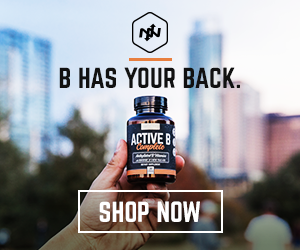